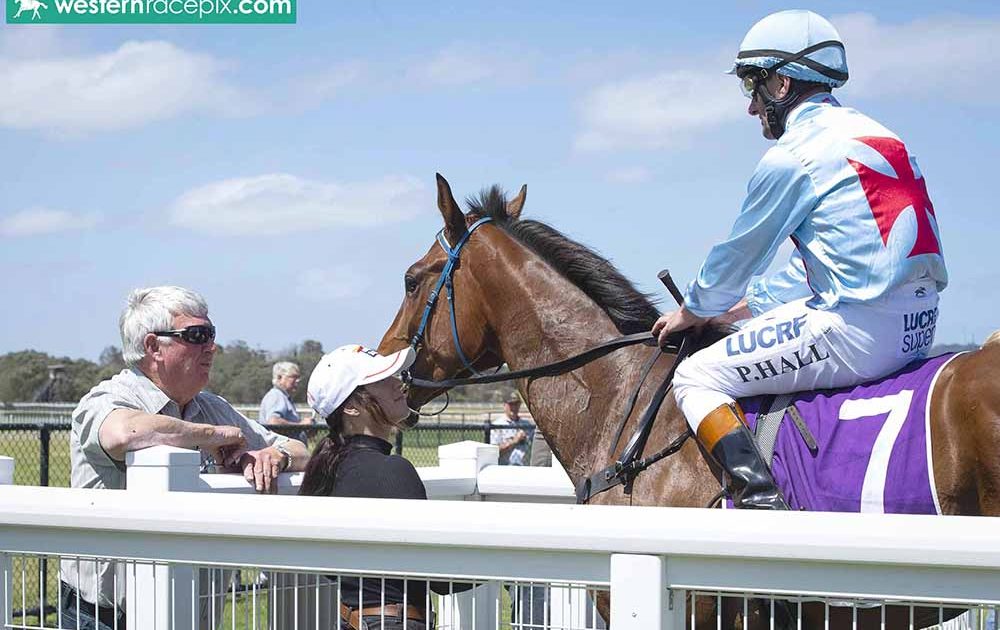 It was the ‘Day of the Wolfe’ at meeting two, with Steve Wolfe training four winners in a powerful performance from the region’s leading trainer. AMBER HIGHWAY and Peter Hall (who rode a double) combined for an easy victory in the opener. The Roy Rogers prepared gelding, NOTTA MOCHA took out the second, recording the second fastest 600m sectional of the day giving those punters who’d followed the betting plunge something to rejoice. Wolfe trained the next three winners, with MYGIRLFRANKIE breaking her maiden status before city winner ARRUM BOY proved to be too good for the other open grade sprinters in the GRAHAM MANLEY’S AUTO REPAIR HANDICAP, with WILD FUSION holding off stablemate CHASING CHAOS in a muddlingly run T-QUIP HANDICAP. The Roy Rogers prepared IONYX was able to justify its short quote ($1.75), and despite laying out for much the straight was still too strong for runner up ROUND THE POINT. The final race of the day was also our longest priced winner, with Gerry Hughes’ CHENGDU coming from the clouds to record the fastest individual sectional of the day, surging past the gallant QUEEN TORI and well backed ANNA AMALIA. CHENGDU secures trainer Gerry Hughes a $100 Hygain voucher as our longest priced winner.

Steve Wolfe and Roy Rogers both increased their percentages on the meeting before, with Wolfe’s four winners taking him to the top of the leader’s board. Paul Hunter has had his fifteenth starter of the season and rounds out the top 3.