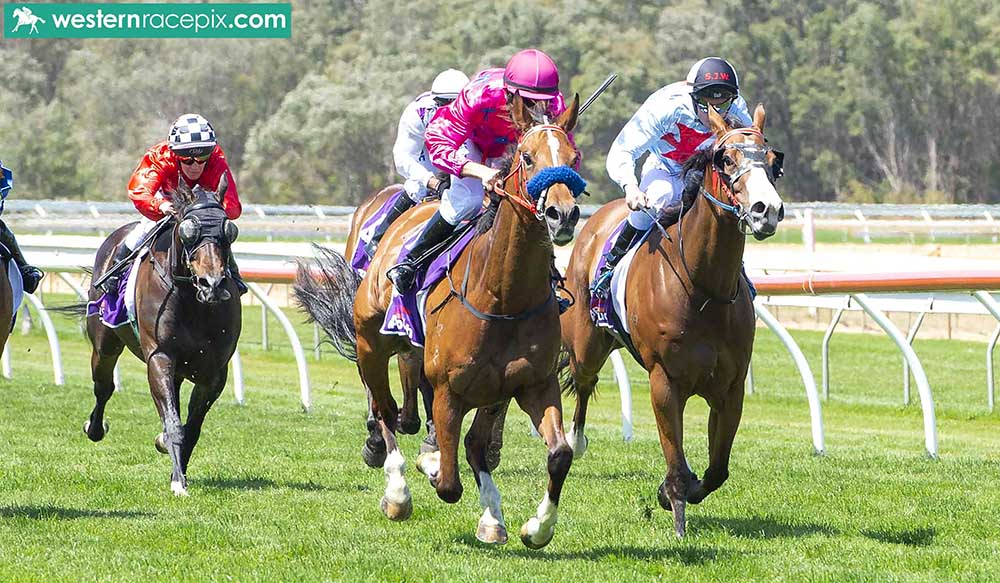 In the opener, the durable LORD KRONOS recorded his second win for the season, in a terrific result for both trainer Peter Western and the ARC Punters Club as well. The second of the day went to Dixie Solly’s TOP AGENT, who also gave apprentice Fiona Bell her first winner for the Great Southern Season. The long shot was the longest price winner of the day, securing Dixie Solly a Hygain Voucher for his troubles. Paul Roberts and TRIBUTE TO GLORY went one better, after coming second on the 30th of November, the Bunbury galloper recorded a ¾ length victory over TEXAN BLITZ. Steve Wolfe had another strong day, winning two races. His first went to DEANGLES who was simply too good for the well favoured STORMY RULER, before taking out the MOSS CONVEYANCING Handicap with ‘Western Racepix Horse of the Year Contender’ WILD FUSION. ITS NOT TRADING gave Stephen Sheehy his first winner of the season, as did MOLLY TWOHUNDRED and LITTLE PUNGA for Samantha Faithfull and Mark Westthorp respectively.

The Jockey’s Premiership has truly opened up, with Peter Knuckey, Mitchell Pateman and Jason Whiting all sharing the lead with four wins for the season, whilst Shaun McGruddy, Peter Hall and Apprentice Shelby Colgate sit one win short on three.

Steve Wolfe remains the leader and continues to hover around 15%. Des Attwell is the new comer on the list, after Friday saw his fifteenth starter for the season. Rogers hasn’t managed a winner at the last two meetings, albeit he had few starters on Friday.