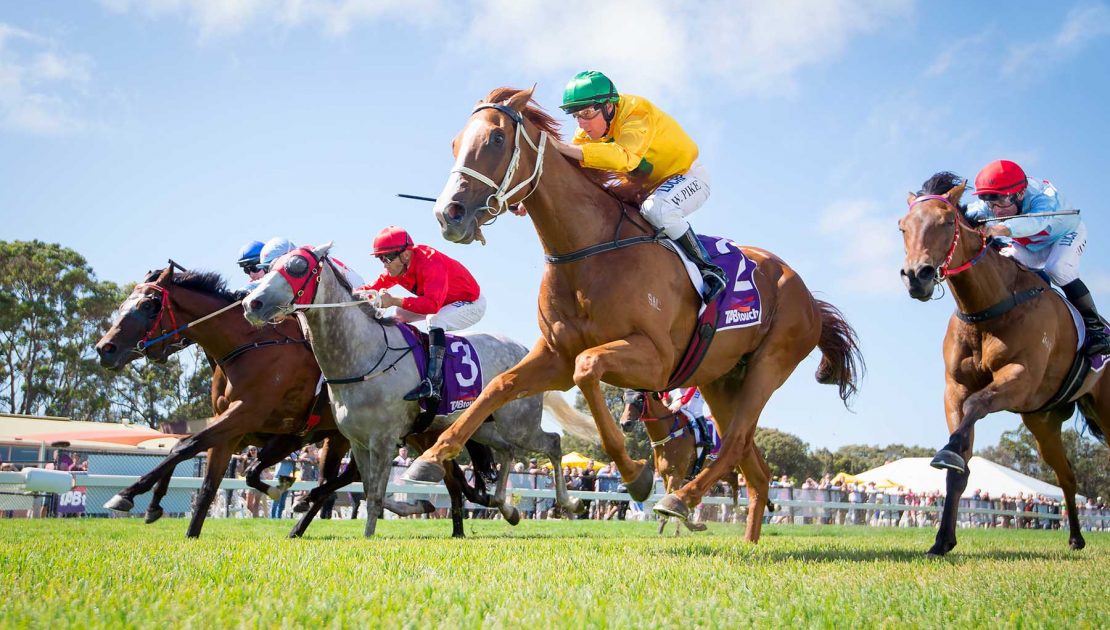 After the Grapes and Gallops meeting was originally scheduled for the MBTC was transferred to Percy Spencer, terrific weather and a strong turnout led to a marvelous day on course.

After going down as favourite on Boxing Day, MORGS FREEMAN broke its maiden status in impressive fashion in the opening event of the card. The second event of the day went to BIG SUMMER after a ‘handlebars down’ effort from Casey Hunter. At 14-1 it was the widest priced winner of the day, securing trainer Paul Hunter a Hygain voucher for his troubles. MESSIAH completed the first leg of a Roy Rogers training treble, with MALILANGWE and CLASSIC JACK all getting the job done for Rogers, and continuing his brilliant season. Race four went to the Bunbury trained FAIR NAKITA, whilst in meeting’s the distance race, BOOMNBUST gave Chris Gilbert her second winner in three starts at the Albany track.

Another treble to Dan Staeck has seen him take a five win lead in the jockey’s premiership, with Mitchell Pateman’s win on FAIR NAKITA brought him to equal second with the injured Natasha Faithfull.

Roy Rogers and Steve Wolfe continue to play tit-for-tat in the trainer’s premiership, this time Roger’s three winners bringing him within two from Team Wolfe who went a rare meeting without a winner, albeit coming away successful with MY GREEK BOY in the $100,000 Australia Day Cup at Ascot and second in the two year old event with RED CAN MAN.