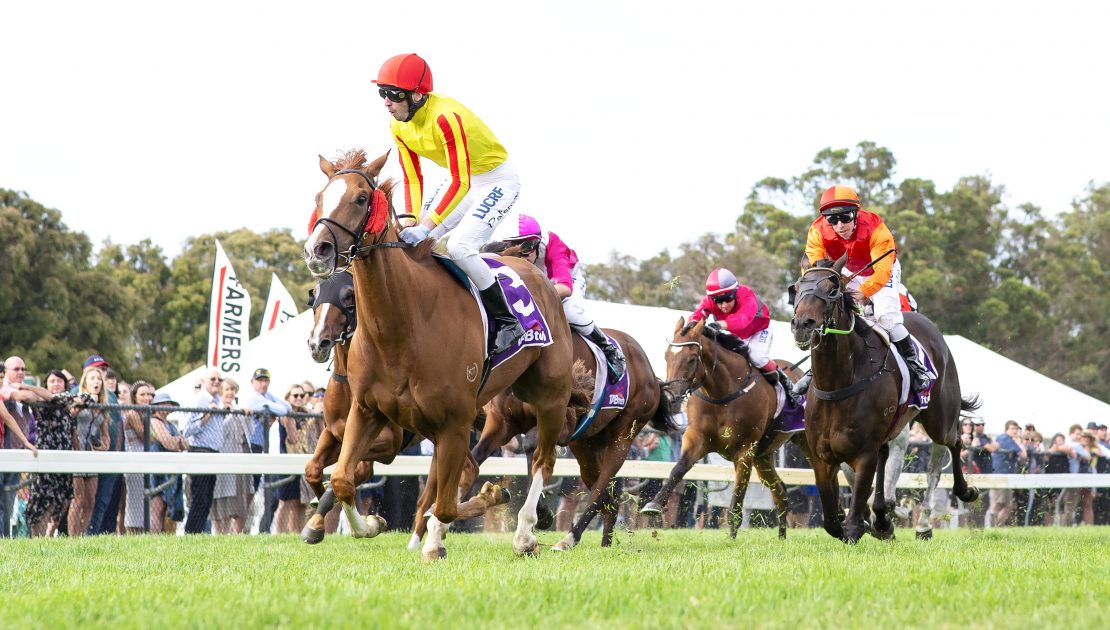 With Wellington & Reeves Albany Cup Day and Primaries Day @ MBTC behind us, we find ourselves on the back straight of the 2018/19 Season.

The first two races on Cup Day both went to heavily backed Steve Wolfe runners in ONE POINT LADY and WHAT ABOUT MOSES, who recorded his second win in as many starts. However it was the third event of the day that saw the blowout of the season, with the former Parnham galloper GRINDING HARD, now in the stable of Mark Wright holding off the fancied READ THE RIOT ACT to take out the NON AQUA CUP 1996 Hcp at a whopping $101. As our longest priced winner of the day (and probably the season) Mark earns himself this meeting’s Hygain Voucher. Adam Durrant’s BUNKER BUSTER took out the third event, before SIR SNUGALOT went on to give the Wolfe stable their third winner of the day. The MLLS KNUCKLE BALL was a terrific race, with Peter Western’s EVERASREADY just getting the bob on the line to deny DEHEAUNE a Mark Wright double. The judge again had to go to the photo finish in the next event, when CLASSIC JACK was able to snatch victory from DEALING in the shadow of the post, taking the 3yo to equal first in the Horse of the Year standings. The Wellington & Reeves Albany Cup itself was one for the ages, a terrific field had been assembled and the finish – taken out by THE BIG SHOW for former locals Darren Mc Auliffe and Mitchell Patemen shaped the narrative that all those in racing can get behind. Before the last race again put the judge to the test – this time providing too close to split, with a Dead Heat being awarded between Stephen Sheehy’s ITS NOT TRADING and Roy Rogers’ MESSIAH.

With another two meetings down, Steve Wolfe has been able to increase his lead on Roy Rogers by ½ a win. Whilst a Mt Barker double has seen Jonathan Jachmann jump to outright third with four wins for the season.

In the Jockey’s standings Daniel Staeck still has a strangle hold on the rest of the ladder with 15.5 wins recorded thus far, whilst doubles on Cup Day and at MBTC has seen Mitchell Pateman clear outright second with 9.

With some of the smaller tables now getting over the 15 starters threshold, we’ve seen Mark Westhorp launched into third place after Mt Barker’s last meeting, pushing Stephen Sheehy down to fourth, with Jonathan Jachmann’s Mt Barker double also propelling him into fifth seed. Rory Rogers and Stephen Wolfe both retain first and second respectively but have both seen their strike rates reduced marginally.