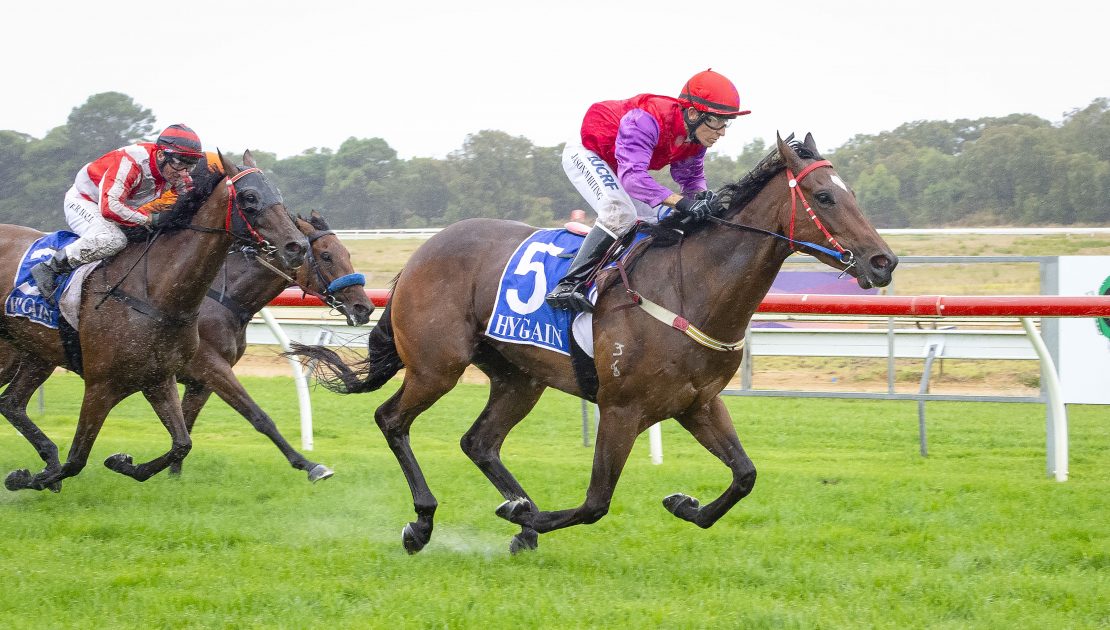 The opener went to David Hopperton galloper SO GREAT who breaks his maiden status after several consistent performances through the late summer/early autumn. The second of the maiden events again gave Rebecca Wallrodt her first winner of the season, with stable import WILLOW RIVER sitting ‘one out, one back’ before Jason Whiting let Maschino filly demonstrate her impressive turn of foot, holding off the race favourite LOKI by a length. Daniel Staeck’s pick up ride on BOXONLUCY was a huge tick and did not disappoint favourite backers in the third, with the Dick Turpin mare put in a beautiful spot in running before being taken off the leaders back at the top of the straight. The fourth saw another duck egg broken, with Gary Delane saddling his first winner for the season and rewarding those who followed DEFIANTLY’s impressive run the start prior. At $8.50 DEFIANTLY was the longest priced winner of the day and Gary Delane receives a $100 Hygain voucher for his troubles. Peter Western continued his exceptional return from his small team, with MAGIC OPUS rewarding the effort through some early season issues and nailing race favourite PASAJERO on the line. Roy Rogers and Steve Wolfe continued their tit-for-tat with Roger’s responding to BOXONLUCY’s earlier win, when TRANQUILLA SUNRISE continued its strong mid-season form recording an impressive 1 ½ length win against the older horse. The final event of the day went to travelling trainer James Grieve with his sprinter COPPER FURY, Jade McNaught was able to use her claim to her advantage and run the rest of the field off their legs, leading all the way to record a comfortable 2 ½ length win.

Doubles to both Daniel Staeck (21.5 wins) and Jason Whiting (14 Wins) have seen the pair solidify their first and second standings on the Jockey’s Premiership. It may be an ambitious target but should Daniel Staeck ride 11 winners over his final three meetings then he would be able to eclipse Jim Lemon’s title of most wins ever in a Great Southern Season.

Steve Wolfe and Roy Rogers’ head to head battle in the trainer’s premiership continued to ebb and flow, with one win each keeping the distance 2.5 wins in Steve Wolfe’s favour.

In the Ryde Building Co Apprentice Leader Board, Jade McNaught’s (4) two wins sees her close the gap to just two against Shelby Colgate (6) who is currently out due to medial issues. The Albany Racing Club and its Committee wish Shelby all the best and a speedy recovery.

Peter Western has finally achieved the greatness that is top of the Hygain Strike Rate Award Table. Recording starters 15 and 16 for the season, he did so in style with the win of MAGIC OPUS, shooting clear in first place at a very handy 31.25%. Roy Rogers’ win through Tranquilla Sunrise sees a marginal increase in his percentage, whilst Mark Westthorp’s percentage doesn’t change after not recording a starter. Steve Wolfe and Stephen Sheehy are pushed down to fourth and fifth with the inclusion of Peter Western at the top of the table.