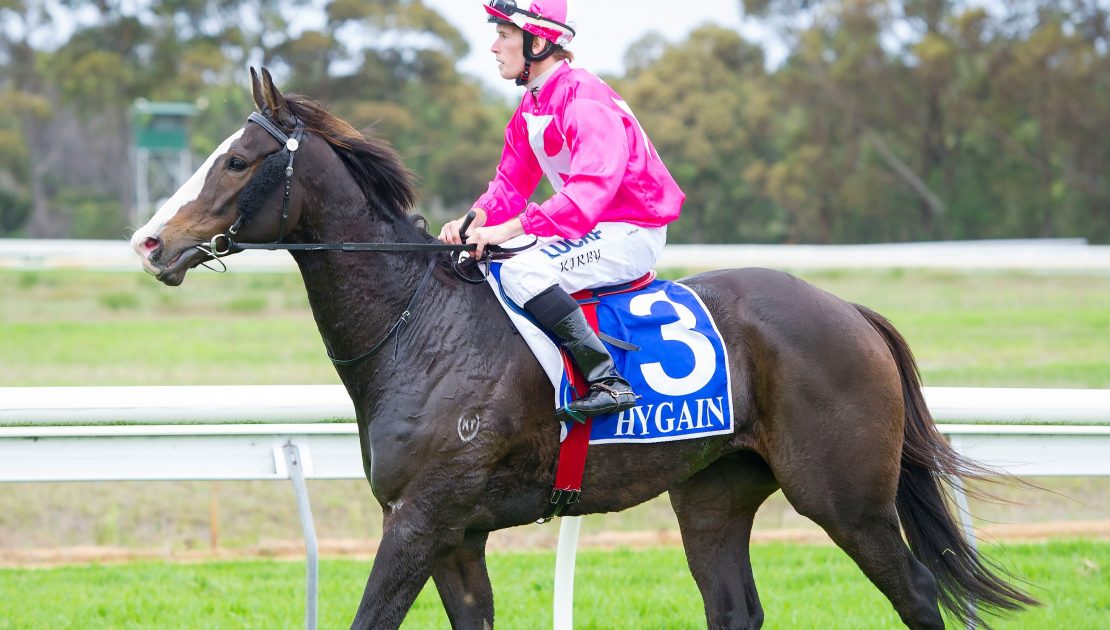 The weather on Landmark Day may have been a damper but the meeting was well attended for midweek, with the crew from Landmark providing great atmosphere in the pavilion and supporting the Club through their sponsorship/patronage.

The opener went to consistent Neil Lee galloper CANNA LILLY, who recorded her first win for the season after a spate of placings. The second event of the day went to the heavily fancied Graeme Ballantyne trained OUR GIRL MARLI who was a comfortable two length winner, giving Jason Whiting his second win in a row. Jason Whiting again proved his worth as a rider, lifting DYNAMITE BAY against the fast finishing RAGING ROCKET, who was well supported on course and looks to be a promising type for the Gerry Hughes stable. The hype around Jason Whiting exploded when he recorded his fourth win in a row, after BIG SUMMER romped home by 8 3/4L in the wet. The rest of the day belonged to Roy Rogers, training three of the last four winners in NOTTA MOCHA, MALILANGWE and TRANQUILLA SUNRISE. TRANQUILLA SUNRISE was the longest priced winner of the day at $18, and in doing so secures trainer Roy Rogers a Hygain voucher. The only other winner went to leading trainer Steve Wolfe and BOXONLUCY, who narrowly holds a 1.5 win advantage over Roy Rogers.

Jason Whiting’s four winners sees him move to equal second with Mitchell Pateman at 10 wins for the season, however Daniel Staeck’s double still has well position to take out the premiership at 19.5 wins with six meetings to go in the Great Southern.

Steve Wolfe and Roy Rogers’ head to head battle in the trainer’s premiership closed to 1.5 wins at the conclusion of Landmark Day, yet neither trainer were able to improve their total at Mungrup Stud Day. Winners to Paul Hunter and Jonathan Jachmann at recent meetings have seen both trainers solidify their positions in third and fourth.

No change in first place on the Hygain strike rate leader board this week, however both Rogers and Wolfe’s percentages have reduced slightly. Mark Westthorp has jumped to third place outright after his fifteenth starter for the season, sliding Stephen Sheehy down to fourth, with Jonathan Jachmann climbing into fifth. Peter Western is well positioned to clear first place should his stable produce fifteen starters for the season.